A 2013 photo of HMCS Regina, which sailed from CFB Esquimalt on Friday with a crew of approximately 200 (U.S. Navy photo by Mass Communication Specialist 2nd Class David Hooper)
COVID-19 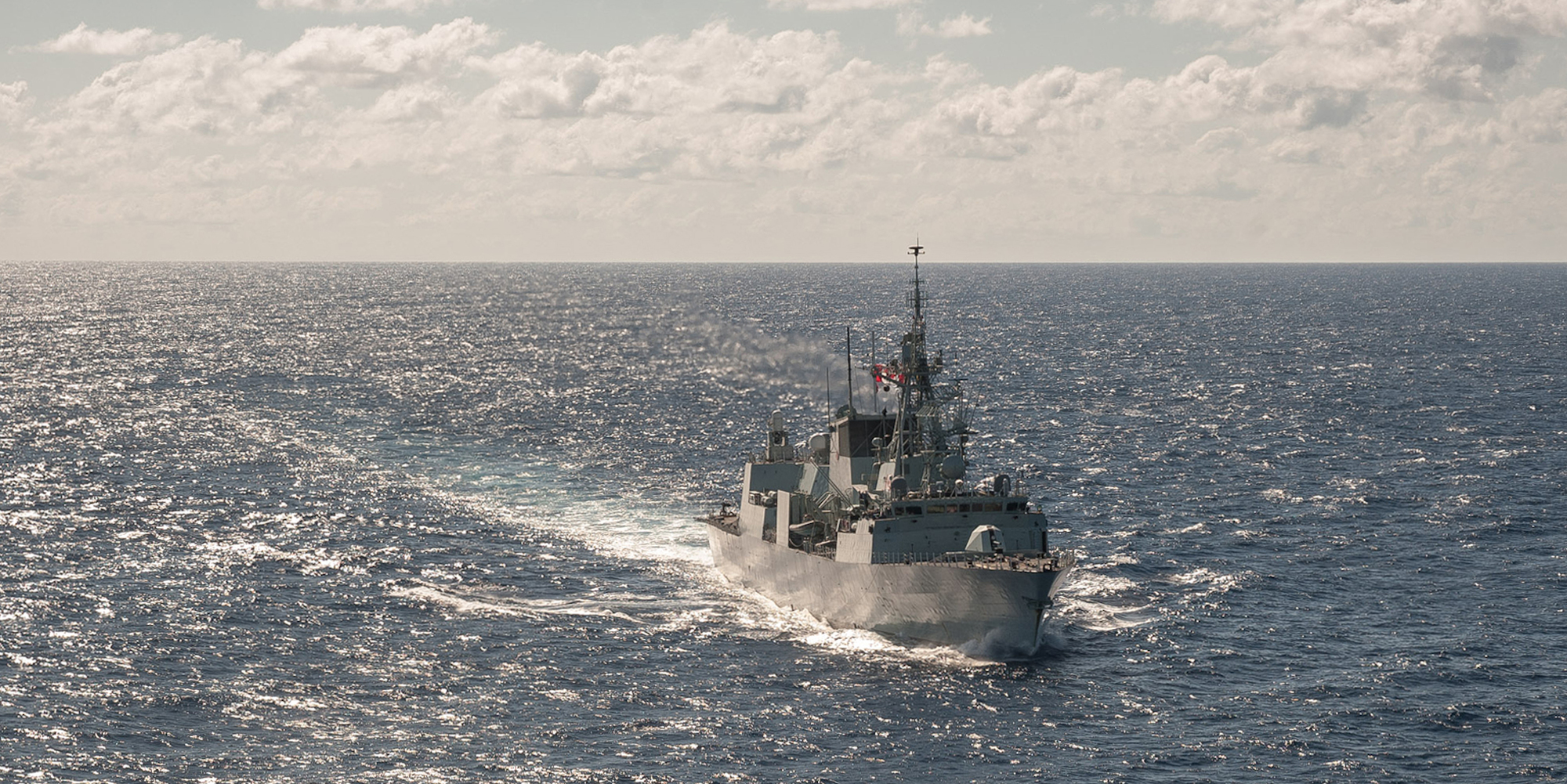 A 2013 photo of HMCS Regina, which sailed from CFB Esquimalt on Friday with a crew of approximately 200 (U.S. Navy photo by Mass Communication Specialist 2nd Class David Hooper)

Even as increasingly strict public health orders shut down transportation networks across the province, CFB Esquimalt is continuing to crew and dispatch vessels for marine exercises.

On Friday, an estimated 200 sailors boarded the frigate HMCS Regina to sail out for a readiness exercise with HMCS Calgary, which is already at sea. Earlier in the week, HMCS Brandon, a coastal defence vessel, left CFB Esquimalt with an estimated 35 aboard.

Although navy personnel are being subjected to COVID-19 screening before boarding, the measures fall far short of what BC officials are now recommending to forestall the spread of the virus.

In a statement to The Capital, a Department of National Defence spokesperson said that before boarding each sailor would be subjected to “a review of recent travel history, a check for symptoms associated with COVID-19 and a review of any potential known contacts with COVID-19.”

However, the BC Ministry of Health is now operating on the assumption that COVID-19 has escaped all attempts at containment and is now spreading freely throughout the community.

Although BC’s first COVID-19 cases were all registered in patients who had recently travelled to an affected area such as Iran or China – or  lived with someone who had – ever since March 5 the province has been racking up dozens of COVID-19 cases whose origins are unknown.

It is also now known that carriers of the virus may not be exhibiting any outward signs of being infected. “Those who are infected with COVID-19 may have little to no symptoms,” reads the official website of the Public Health Agency of Canada.

Add those factors together, and in British Columbia it is no longer possible to screen for COVID-19 based solely on a patient’s symptoms and contact history.

This is why the BC Ministry of Health has spent the past week imposing closures on bars, restaurants, schools and public gatherings. With the province now teeming with any number of unwitting carriers of the virus, any social interaction could be a chance for infection, even if it’s between two outwardly healthy people.

“The orders are a last measure to protect British Columbians and slow the transmission of COVID-19,” read a Wednesday statement from provincial health authorities.

As a military base, CFB Esquimalt is not subject to the recent spate of orders handed down by BC public health officer Bonnie Henry, including a Monday ban on gatherings of more than 50 people. Another key BC recommendation – that residents keep at least two meters away from each other at all times – is a near-impossibility in the close quarters of a naval frigate.

Medical teams are onboard both the Brandon and Regina to watch for signs of outbreak, and to quarantine sailors who may be COVID-19 positive. Should a full-scale outbreak strike either vessel while at sea, it could be directed to allied naval bases in either Alaska or Japan to seek treatment.

The Canadian Armed Forces have taken a number of actions against COVID-19, including banning all commercial air travel for serving members, and requiring 14 days of self quarantine for any members returning from foreign travel, regardless of symptoms. “Core services are being maintained at all units within the (Royal Canadian Navy) but the physical presence of personnel, both sailors and civilian employees, in the workplace and aboard ships, has been minimized to the greatest extent possible, with most staff being directed to work from home for the next three weeks, where possible,” wrote the Department of Defence in a statement to The Capital.

Most notably for BC, the pandemic has prompted two CFB Esquimalt-based vessels to be sent home early.

HMCS Nanaimo and HMCS Whitehorse were deployed on anti-smuggling patrols in the Caribbean, but are now scheduled to arrive back in Victoria in mid-April; a month earlier than planned. Similarly, two Atlantic Fleet vessels are being sent home early to Halifax from deployment in Africa.

Nevertheless, even amid these recalls, HMCS Regina remained scheduled to sail due to its being a “ready duty” ship; a vessel able to be deployed with only eight hours’ notice. While the Canadian Armed Forces has shut down a number of non-essential exercises due to COVID-19, it still needs to retain the ability to scramble warships in an emergency.

“The (Royal Canadian Navy) is balancing the requirement to complete critical tasks and high readiness training … with the requirement to protect the health and safety of our sailors,” read a statement by the Department of Defence.