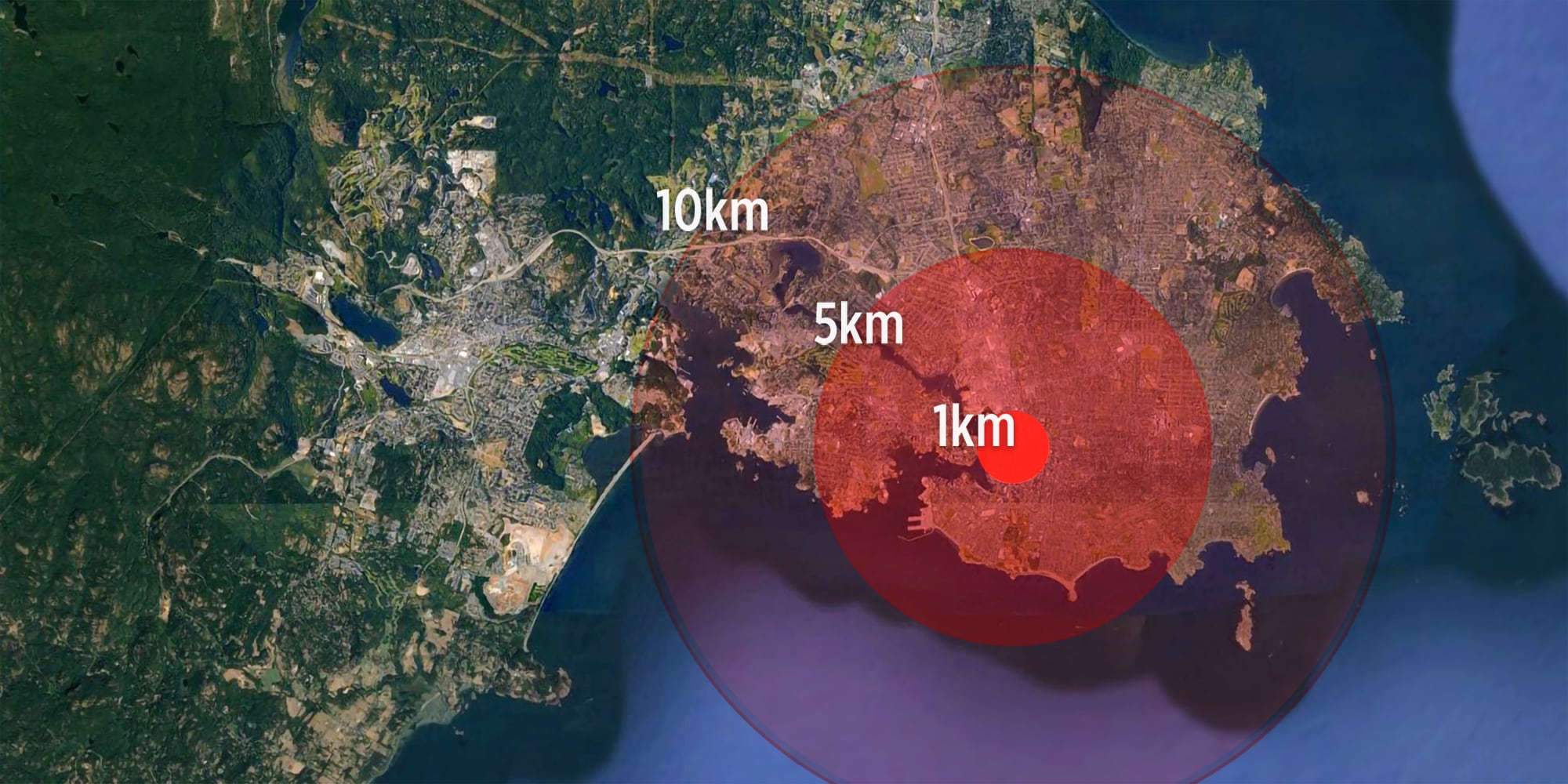 On Tuesday, Beirut, Lebanon was shaken by a massive explosion that is known to have killed at least 150 while wreaking damage on half the city. Despite the city’s recent history of war and terrorism, the blast is believed to have been an accident; the unintended ignition of a coastal warehouse packed with several thousand tonnes of ammonium nitrate, a volatile explosive.

The resulting explosion — which has drawn comparisons to the 1917 Halifax Explosion that destroyed large swaths of the Nova Scotia capital via the accidental explosion of a ship carrying munitions — would have been equivalent to the detonation of 1,000 tonnes of TNT. ‍

Satellite analysis by NASA has shown near-complete destruction of the city within one kilometre of the blast site. Had a similar-sized explosion struck Victoria’s Rock Bay industrial waterfront, the result would have been the levelling of nearly the entire downtown between Bay and Humboldt Street. Injuries would have been suffered across much of Saanich, Esquimalt and Oak Bay, with the explosion ultimately causing damage as far away as Langford.