October 31, 2020
Get the news and events in Victoria, in your inbox every morning.
Thank you! Your submission has been received!
Oops! Something went wrong while submitting the form. 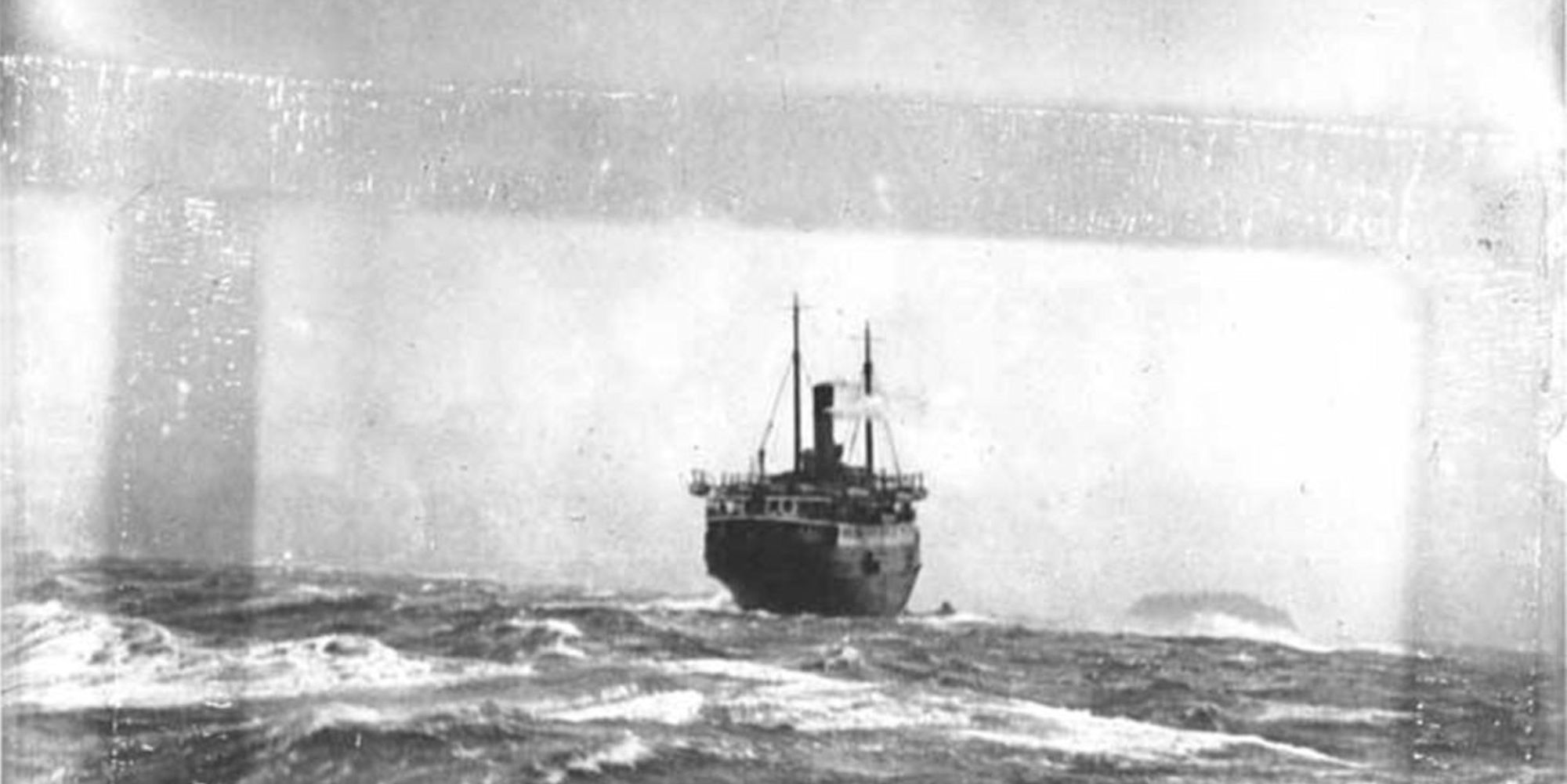 US soldier Auris McQueen’s trip out of his Alaska posting had already been marred by a cascading series of inconvenient delays. And now, he kvetched in a letter to his mother, his ride to Seattle had gotten itself stuck on a reef.

“As soon as this storm quits we will be taken off,” he assured her in an October 25th letter that also subtly mocked the more dramatic reactions of his fellow passengers. After passengers had heard the sickening crunch of their ship running aground, McQueen saw one woman who had “got herself into a black evening dress and didn’t worry over who saw her putting it on.”

Movie houses were only a few years old, but already the 35-year-old soldier had adopted the now-familiar habit of comparing anything strange or unusual to a movie. “This wreck has all the markings of a movie stage setting. All we lack is the hero and the vampire,” he wrote.

McQueen never sent the letter. Within hours of writing it, he was among 353 fellow souls aboard the SS Princess Sophia claimed by the ice-cold waters of the North Pacific; the letter was found on his body. There were no survivors on the Princess Sophia and, to this day, nobody is entirely sure what happened in the ship’s terrifying final moments.

Hundreds of vessels had been claimed by the storms and reefs of the Pacific Coast, but not like the Sophia. The ship took 40 hours to sink, it had plenty of lifeboats, it had a radio set to call for assistance and dozens of nearby ships eager to lend a hand. Soon after the collision, the Sophia had been surrounded by a small flotilla of would-be rescuers, some close enough to yell instructions. But any attempt at evacuation was cruelly hampered by high winds until, on the morning of October 26th, rescuers woke up to nothing except the top of the Sophia’s mast and a sea littered with corpses.

Occurring almost exactly 102 years ago today, the sinking of the Princess Sophia is not just the worst maritime disaster in the history of British Columbia. It was a tragedy of such cruel horror that it would haunt a generation of coast dwellers and forever stalk the nightmares of the men who had been helpless to save the doomed vessel. In the words of Frank Lowle, an Alaskan official who would be forced to process the dead of the sinking — many of whom he would recognize — “my nerves are pretty well done.”

Owned by the Canadian Pacific Railway, the Princess Sophia was one of a fleet of steel-hulled vessels that were the predecessors to today’s BC Ferries. With its Victoria dock very near the modern-day terminal of the MV Coho, the Sophia originally ran to Prince Rupert before being put into service between Victoria and Skagway, Alaska, the primary ocean port for the Klondike Gold Fields. When it cast off from Alaska for what would become its final voyage, the Princess Sophia was carrying an incredible one tenth of the Yukon’s non-Indigenous population.

The Sophia was not setting sail in happy times. The First World War was in its last and most devastating spasms of violence, having already claimed nearly 60,000 Canadians and 100,000 Americans. Not far to the west, Russia was being wrenched apart by famine and revolution. On top of everything, the world was in the midst of a devastating pandemic. The Spanish Flu had already begun scything through millions around the world, including at least six passengers aboard the Sophia at the time it struck Alaska’s Vanderbilt Reef in a blinding snowstorm.

McQueen’s wasn’t the only letter to survive the sinking. Immediately after the collision, which occurred at 2am on October 24th, passenger Jack Maskell penned a letter to his fiance, meticulously noting his location as “in danger at Sea.” “The boat might go to pieces, for the force of the waves are terrible, making awful noises on the side of the boat, which has quite a list to port,” he wrote on the day after the collision, appending his will to the letter just in case.

Maskell seemed to be one of the more pessimistic passengers that would be derided in McQueen’s letter. While the first morning on the reef saw many donning lifejackets and bracing for the end — particularly as the lights flickered out — the stranded vessel soon regained heat, electricity and even meal service. “We are mighty lucky we were not all buried in the sea water,” wrote McQueen.

Nobody knows for sure what caused the ship to tear loose from Vanderbilt Reef, exposing the holes that would swiftly send it to the bottom. The sounds of screams and explosions during the ship’s final plunge were all drowned out by the storm. Whiteout snow conditions blocked the vessel from view. To the rescue ships only a short steam away, the Sophia’s last moments were summed up by two chilling wireless messages. “SOS ship foundering on reef come at once,” tapped out the vessel’s wireless operator via morse code, followed shortly by “for god’s sake hurry the water is coming in my room.”

Investigators were later able to confirm the time the Princess Sophia went down primarily by checking the stopped watches on the wrists of its victims. All had gone into the water at 5:50 pm on the evening of October 25. The ship had denied many of its passengers even the slimmest chance for escape in a lifeboat or by swimming for safety. Within days of the sinking, the corridors of the submerged Princess Sophia would be walked by recovery divers dressed in canvas suits and unwieldy copper helmets. As they shone their dim underwater lights into the ship’s staterooms, the floating, unlifejacketed bodies within were a testament to how little warning they had been given.

For weeks afterwards, the oil-covered corpses of the dead would wash up all along the Alaska coast. One of them, crew member Frank Gosse, even appeared to have been alive when he reached land. He had survived the sinking and miraculously piloted a lifeboat to shore through pitch darkness and howling winds, only to die of exposure by morning.

The Princess Sophia sinking often draws comparisons to the quintessential Edwardian Era shipwreck; the RMS Titanic, which had gone down in the Atlantic only six years prior. When compared against the Sophia, however, the Titanic had been a comparatively elegant sinking. Titanic had sunk in calm waters and after an orderly evacuation of more than 700 survivors. The sinking soon resonated in the public imagination as one defined by tales of heroism and self-sacrifice: The band that played to the end, the gentlemen who gave up their lifeboat seats to ladies, the captain who went down with the ship.

No such dignities were extended to the victims of the Princess Sophia: They spent their last two days on earth trapped in a sickening, wind-tossed purgatory from which there was no escape. If there were heroes aboard, no one ever heard of it; not even the ship’s logs would ever be found. Whatever brave or cunning decisions the passengers and crew made about their survival, it ultimately didn’t matter.

The dead would be denied proper funerals owing to the flu pandemic. And in perhaps the final insult to the victims of the Princess Sophia, when their recovered bodies began being delivered to Victoria and Vancouver, next-of-kin had to travel to the docks through streets alight with singing and jubilant crowds celebrating the just-announced end of the First World War. 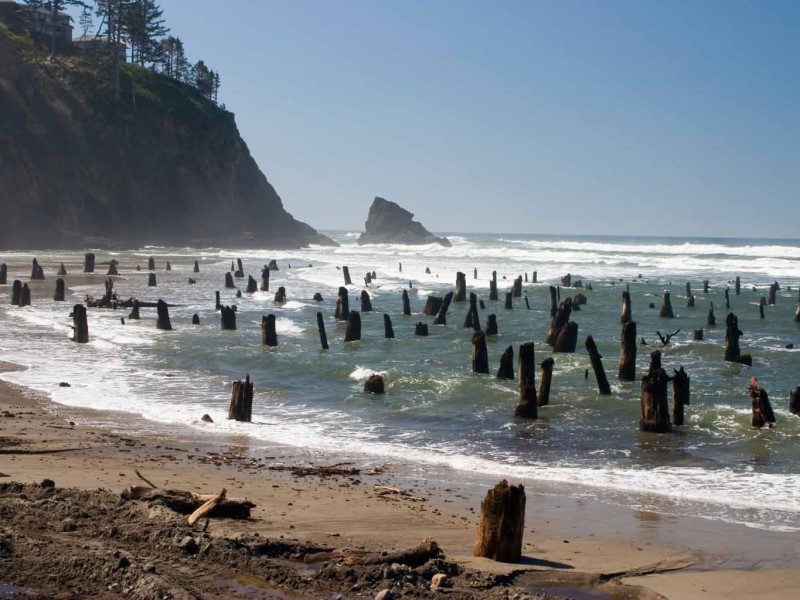 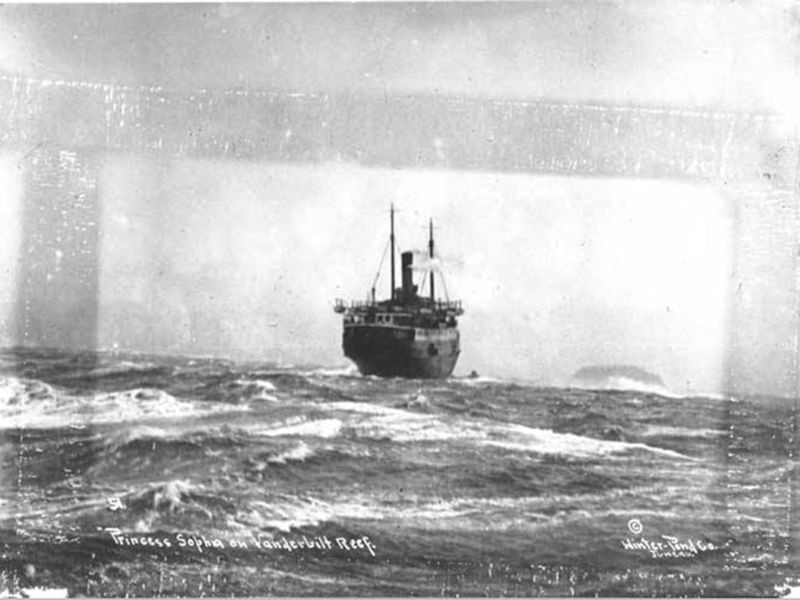 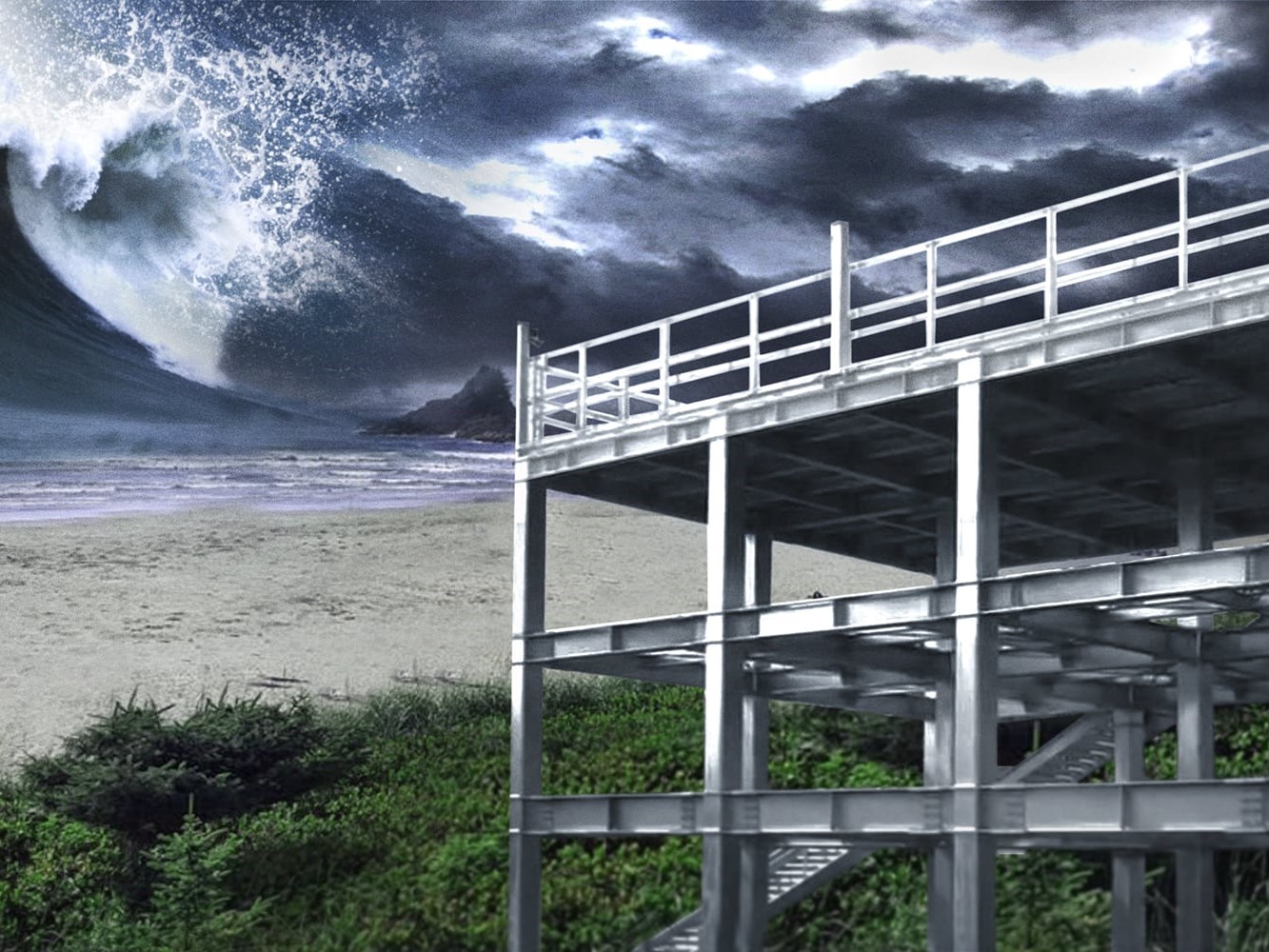 The one thing that could save Tofino
The Big One will kill 1,850 if it hits Tofino at the height of summer. The only thing that can stop it is getting ignored.