December 31, 2022
Get the news and events in Victoria, in your inbox every morning.
Thank you! Your submission has been received!
Oops! Something went wrong while submitting the form. 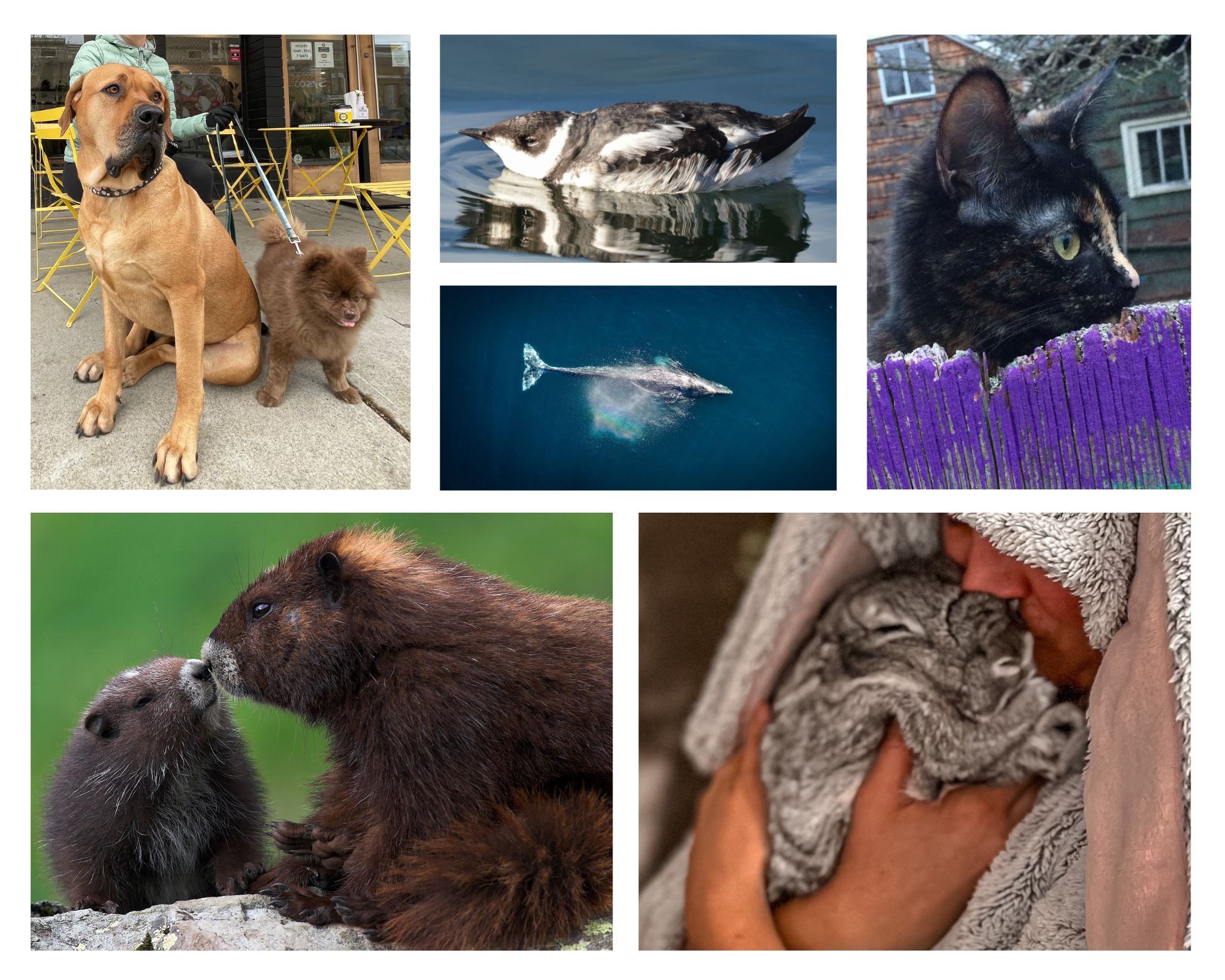 From a feline trespasser and a reptilian escape artist, to a ground squirrel revival and a frightening wake-up from a passing bear—animals of all kinds regularly make it into Capital Daily headlines.

Some of these are stories of survival, conflict, and climate change, but others are stories of hope, compassion, and love. Truthfully, animals have a way of bringing out all the above.

Take a look back with us at some of Capital Daily’s favourite animal stories of 2022 and beyond.

The cat that came back, and came back again

Ñirka the cat was issued a fine after entering a neighbour’s yard one too many times. But her owner had to foot the bill. While her human was away on vacation, the little calico racked up a $150-trespassing fine from Victoria bylaw services.

Who’s that outside my tent?

A Lake Cowichan camper awoke to a bear outside his tent. The next morning, there was a gash in the polyester. This was one of several bear run-ins in the campground this summer.

Camper awakens to a bear on his tent

The pandemic saw all sorts of animals adopted—and abandoned, and bunnies were no exception. Amy’s Bunny Barn has found homes for hundreds of rabbits, but the rescues come at a huge expense to owners and volunteers.

Though they’re fast asleep in their burrows right now, there are at least 200 Vancouver Island marmots living in the wild, a miraculous rebound from 2003—when their numbers were as low as 30.

One man is attempting to stop the spread of the invasive American bullfrog, a species that has conquered the Saanich peninsula and poses a risk to regional water supply. The Westshore’s Zoe Ducklow joined frog-hunter Stan Orchard one evening during a hunt in Metchosin.

Frog hunting 101: How one man is trying to eradicate an invasive species

As the nights get colder and longer, dusk in Victoria is often marked by starling murmurations. The invasive birds have been in the region—and across North America—for decades, but in recent years their numbers have been declining. Birders have speculated, but for the most part, the starling decline is a mystery.

A ball python escaped from its owner's backpack twice, dying during its second taste of freedom. Capital Daily wanted to know, how is someone allowed to carry a python around in their backpack? And was the owner charged for the reptile’s treatment or escape? Read on.

Less than a year after a zoo reopened in Nanaimo in 1957, tragedy struck. A two-year-old, 350-pound lioness named Fury slipped out of her enclosure and away from the zoo. The families that lived near the zoo didn’t know that Fury had escaped the night before—or that she was still on the loose. The lion would end up killing an eight-year-old girl.

A lion on the loose: How an unregulated Nanaimo zoo resulted in tragedy

Local cats make Victoria a dangerous place to be a bird

A 2013 study found that our region had some of the most cat-caused bird deaths in the country. Outdoor and feral cats are particularly deadly around Victoria because the same mild winters that make it a desirable stopover for songbirds also mean that local cats can hunt year-round.

About a year ago, the Good Newsletter met some local people who help local dogs help other local people. ElderDog is a charity that coordinates volunteers to help take care of dogs for people who, due to their age (or to illness, injury, or disabilities), have trouble keeping up with their pet’s needs.

The unsung heroes of our canine community

Then in another Good Newsletter story, we covered local dogs helping local people help other local dogs. At WAVES, a Langford-based animal hospital, pets often need blood transfusions—and that need can come on very suddenly. That’s why Marley and Shari, and other local dogs and owners, are registered to come in to donate whenever the call may arrive.

In 2021, amid the wider discussion around forestry in the Fairy Creek region, attention turned to the marbled murrelet. It’s a palm-sized, penguin-shaped bird once called a “fog lark” by loggers due to its early-morning appearances. The murrelets need old-growth forest for nesting habitat, which puts them in direct competition with logging. Protecting the trees in which they’re known to be nesting, with a generous buffer to prevent disturbing or destroying their nests, seems like a straightforward solution. But things aren't quite so simple.

Lizards on the Loose: How wall lizards got to Victoria

They’re about 6.5-centimetres long, they have a worrying habit of eating honeybees, and if you pick one up by the tail it will separate from their body and wriggle around as the now-tailless animal escapes. These are common wall lizards, although they were never common here until recently. There are now hundreds of thousands of these invasive lizards in the Capital Region—and their onslaught can be traced back to one man, and one roadside attraction that has now been closed for over 50 years.

Eastern Pacific grey whales are a miraculous sight, and their story is even more miraculous: the 11-14 million whales have rebounded from near-extinction due to commercial whaling twice in the last 200 years. Every year, between April and June, they pass by the Island as part of the longest seasonal migration by any mammal on the planet. These annual visitors have long been of deep significance to the Nuu-chah-nulth and Makah. But despite their rebound, the whales still face threats from plastic, a dwindling food supply, hungry orcas, fishing gear, and more.

‘It smelled like death’: One year after the heat dome killed billions of marine animals, scientists watch for signs of life